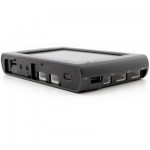 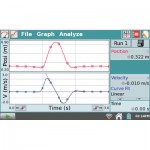 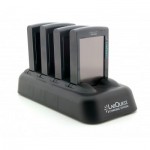 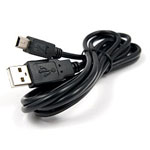 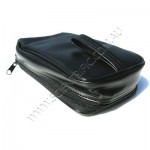 Vernier's popular LabQuest 2 is now discontinued as it has been superseded by the
LABQ3 Vernier LabQuest 3 a powerful, advanced, easy-to-navigate and versatile
datalogging solution for STEM students.

The Vernier LabQuest 2 interface puts scientific data-collection technology into your students hands and is compatible with your existing Vernier sensors. Explore science in the lab and in the field with full-colour clarity, touch-screen ease and breakthrough, versatile technology. Collect, view, analyse and annotate data on LabQuest 2 or on any device with a compatible web browser such as
iPads®, Android™ devices, iPhones® and other mobile technology.

Other features:
 Portrait and Landscape views
 Built-in data-collection software
 Quick response to touch, curve fits and modelling
 100,000 samples per second
 Wi-Fi and Bluetooth connectivity
 Includes mains power adaptor and USB cable
 Collect, view and analyse data on ANY device with a compatible web browser
 Show students how to use LabQuest by projecting your LabQuest screen in the classroom. (LabQuest Viewer sold separately.)
 Can be used with the Graphical Analysis™ App to collect, view, analyse and share data

The Connected Science System:
Now you can collect data once and analyse it anywhere. The Connected Science System makes LabQuest 2 the most versatile, connected interface youll ever use.
Using the built-in WiFi the LabQuest 2 can join or even host a WiFi network. Data can be collected, viewed and analysed by a network of three students using iPads in a workgroup (using the Graphical Analysis App), by an entire class of students using Android tablets in a classroom (using a standard web browser), by a computer connected to a projection screen (using our new LabQuest Viewer program), by email or even onto the internet (if that network has internet access).

Graphical Analysis™ App:
 Each student in a lab group can collect, view, analyse and annotate data from Vernier sensors. Later, they can present their results to teachers and classmates.
 Multiple students connect wirelessly to LabQuest 2 using this app for iPad
• View data as a graph or in a table
 Control data collection from the app
 Personalize graphs with captions, markers and titles
 Perform curve fi ts, including linear, quadratic, natural exponent and more
 Enhance lab reports with annotated graphs
 Save your session for data analysis away from the classroom
 Export data for further analysis
 Manually enter data for graphing and analysis
 Supported Devices: iPhone 4 or later; iPad 2 or later; iPad mini or later; iPad Air; iPod touch (5th generation); Requires iOS 7.0 or later; Android version 4.1 and up

This product is used in teaching these Australian Curriculum codes:
ACSSU187 - Chemical Sciences - Chemical Reactions - Different types of chemical reactions are used to produce a range of products and can occur at different rates
ACSSU189 - Earth and Space Sciences - Global Systems - Global systems, including the carbon cycle, rely on interactions involving the biosphere, lithosphere, hydrosphere and atmosphere
ACSSU190 - Physical Sciences - Energy Conservation - Energy conservation in a system can be explained by describing energy transfers and transformations
ACSSU229 - Physical Sciences - Forces and Motion - The motion of objects can be described and predicted using the laws of physics
ACSCH016 - Chemical fundamentals - Properties and structure of atoms - Trends in the observable properties of elements are evident in periods and groups in the periodic table
ACSCH030 - Chemical fundamentals - Properties and structure of materials - Ions are atoms or groups of atoms that are electrically charged due to an imbalance in the number of electrons and protons; ions are represented by formulae which include the number of constituent atoms and the charge of the ion (for example, O2, SO42)
ACSCH032 - Chemical fundamentals - Properties and structure of materials - The characteristic properties of metals (for example, malleability, thermal conductivity, electrical conductivity) are explained by modelling metallic bonding as a regular arrangement of positive ions (cations) made stable by electrostatic forces of attra
ACSSU078 - Earth and Space Sciences - Earth Moon Sun - The Earth is part of a system of planets orbiting around a star (the sun)
ACSSU095 - Chemical Sciences - Chemical Changes - Changes to materials can be reversible, such as melting, freezing, evaporating; or irreversible, such as burning and rusting
ACSSU117 - Physical Sciences - Forces and Machines - Change to an objects motion is caused by unbalanced forces, including Earths gravitational attraction, acting on the object
ACSSU149 - Biological Sciences - Cells - Cells are the basic units of living things and have specialised structures and functions
ACSSU176 - Biological Sciences - Ecology - Ecosystems consist of communities of interdependent organisms and abiotic components of the environment; matter and energy flow through these systems
ACSSU179 - Chemical Sciences - Chemical Reactions - Chemical reactions, including combustion and the reactions of acids, are important in both non-living and living systems and involve energy transfer